So it's kids month and I had all these cool projects lined up when my best friend decided to get married. Instead of sewing things for kids I decided to act like one. 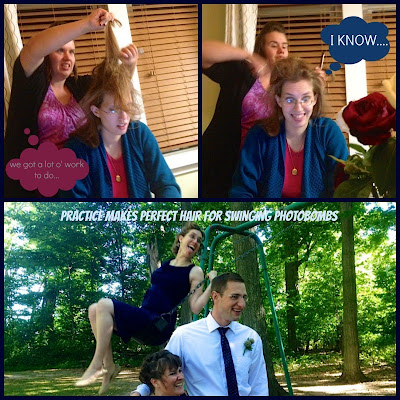 I had loads of fun and didn't always look quite this psycho. I promise to show more dress photos soon and chronicle what I've learned about making bridesmaid dresses. I bet you can't wait... But...
I've been waiting to show you some fun kid's projects so you get one of them RIGHT NOW!
Ever since I saw Imagine Gnat's Dino I thought it was the cutest idea! 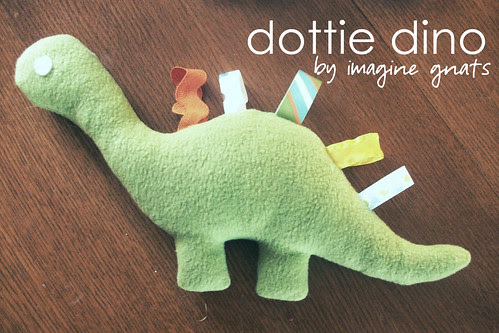 Squishy, my youngest not niece, was flying to her Dr. appointment and hitting a "CHEW EVERYTHING" stage at the same time. 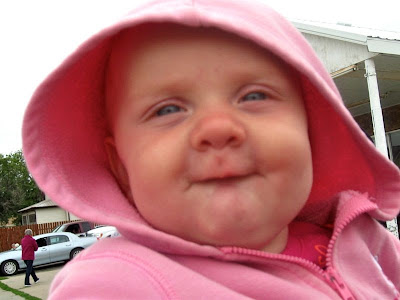 Since she's too little to notice or care I picked a simpler shape. I used black fabric since I have heard that it is one of the first colors babies can see. I also added more ribbons because I wanted to! 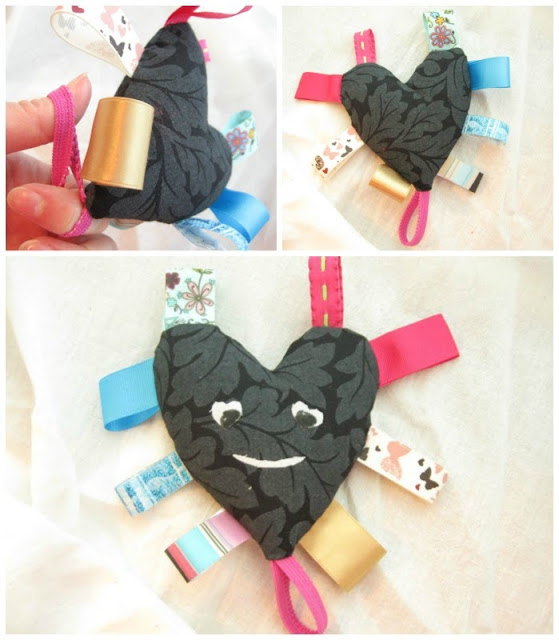 Final special features included elastic to slip on her wrist to keep her from dropping it (but make sure you measure first because I didn't and Squishy was, well, too squishy so it was too tight on her).

And it was just too boring as is so I decided to continue my kawaii experiments and fused a little face to one side. This is easier to do when you think of it before you've sewn and stuffed it.

So that's it, my simple chew toy for children. Have you gotten to sew anything for kids this month?
Posted by EmSewCrazy at 3:56 PM

HAA HAA HAA! The swinging photo bomb pic is the most hilarious thing I've seen in a while. I'm making the boy child some shirts. Getting pictures of him in them is another story.

This is a really cute idea! I love all the different coloured ribbons. She's going to get lots of quality gumming time on this one!
I LOVED the swinging photo-bomb! Too too funny!

Glad you enjoyed it. I know I look like a crazy in this post but it was too good to not add. Looking forward to seeing the shirts. I'm not that brave yet!

Thanks. I had fun choosing all the different textures and colors for it. She seems to enjoy it so far.

Glad you enjoyed the swinging photo. I love swings! 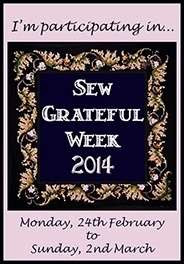