DISCLAIMER! This is not a rejection or an endorsement of the actual content of  the tv show or movie. These are purely my thoughts on some of the costumes. The only reason I'm calling it a critique is because I love alliteration. All photos are either screenshots I have taken or have links to where I sourced them online. No copyright infringement is intended.
SPOILERS!! I'm sharing photos and a bit about the story they come from. If you don't want to know; don't read.


Now that I've gotten that business out of the way, Welcome to my new feature here on Emsewcrazy:

It wasn't until my college friends gave me blank stares and started laughing when I mentioned the movie The Ten Commandments was not only a good movie but "had beautiful fabrics" that I realized maybe it wasn't normal to pay so much attention to the textiles on the silver screen. Apparently google agrees with them since I can't find any photos of the scene I'm looking for. Remember when Moses returns at the beginning of the movie, marches into the great hall with all his plunder and unrolls huge bolts of fabric that ripple down Pharaoh's grand hall. You know what I'm talking about. Looking back, the whole movie is full of lush costuming. I was able to snatch one screen shot from a YouTube clip.
The moment that movies became a source of inspiration is forever impressed in my memory. It comes from the Princess Bride. There I was a happy young teenager engrossed in this hilarious fairy tale when this happened!
Less than 30 seconds of footage; lifelong impact. I was transported into gorgeous dress land; that silvery blue dress rippling and sparkling as it fell against the dark night sky. I think it is one of the best cinematic dress moments of all time! Argue with me if you dare!!

Then the other day as I was putting on a movie for my not-nieces and nephew I realized maybe the cinema has had an even earlier impact on my sewing journey.
The Tailor of Gloucester by Beatrix Potter
While we had only The Tailor of Gloucester on VHS they've now boxed all of these wonderfully filmed tales together into a DVD set. They are fabulously well done and I'm not being paid to say that.

Since I now work with fabric and sewing patterns on a daily basis I find myself noticing even more details as I watch TV. Costume Critiques will be a semi regular feature of me sharing my crazy observations with you! So am I certifiable? Do you remember a specific moment when you were lifted out of a movie by a costume?

Posted by EmSewCrazy at 3:53 PM

I remember the scenes you mention in the 10 commandments. But an impactful sewing scene in my childhood was watching the mice sew cinderella's first beautiful ball gown! (Why are the mice always so stinkin' talented?!?)

I do the same thing! I frequently pass judgement on tv shows based on whether or not I like the costumes, and I'm simple awful at watching things with my boyfriend because I will always make him rewind and pause so I can get screengrabs of my favorites. In fact, I'm currently rewatching The Hour simply so I can remember my favorite outfits. (Well, and it's a great, well written show, but the OUTFITS!).

Yes, it's always mice that are the helpers! Cinderella's mice were my first introduction to sewing in media, although the fairies in Sleeping Beauty are pretty memorable too. Have you seen the new My Little Pony? There's one episode that's all about sewing new dresses and I remember being impressed that she actually mentioned how important pressing was.

I only watched The Ten Commandments once as a little kid, but I don't remember anything about the costumes, but now I want to go back and watch it again!

Oh The Princess Bride - the stuf of dreams! Did you see the 'Where are they now?' article? it's amazing! http://www.nydailynews.com/entertainment/princess-bride-gallery-1.5768

Yeah! Mice are great! At least in TV land.

Haha! Glad to know I'm not alone in this! Most of the time I'm watching alone so I don't have to bug anyone to let me take my screenshots. I'll have to check out The Hour...

Well that makes me want to watch My Little Pony for the first time in my life! That's super cool that pressing was mentioned though!

You should watch The Ten Commmandments! It's got lots of inspiration and detail. Who knows maybe it will fit into one of your historically fortnight challenges! ;)

Thanks for the link, Jen. That was a neat peek into their lives. I had fun watching you tube clips of them talking about the filming while I was searching for her dress photos.

I'd forgotten about the tailor of Gloucester! Mice always end up doing all the hard work, don't they? They need to unionise and get some time off ; )

Yep! They seem to be handy and clever little buggers. Wish I had a few of them to put to work in my sewing room! :) 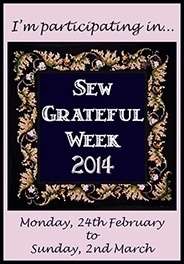